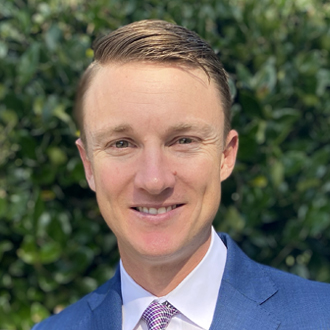 Mesothelioma
Tom is dedicated to helping mesothelioma victims and their families.

Tom served eight years as an active duty Marine Corps Judge Advocate. He is now a Major in the United States Marine Corps Reserve and an associate at the Charleston office of MRHFM. His practice is focused exclusively on representing victims of asbestos exposure.

Tom has dedicated his career to serving others and is enthusiastic about representing mesothelioma victims and their families. His experience in the courtroom and as a Marine Officer have prepared him to zealously advocate for clients and obtain the result they deserve.

After graduating from Saint Louis University School of Law, Tom spent eight years as an active duty Judge Advocate in the United States Marine Corps.  The majority of his time as a Marine was spent stationed aboard Marine Corps Air Station Miramar, California and Marine Corps Recruit Depot, San Diego as a Defense Counsel responsible for representing Marines at Courts-Martial.  Additionally, Tom served as a legal advisor to the Commanding General of Third Marine Aircraft Wing where he advised on a range of legal matters to include rules of engagement and criminal proceedings. He completed his active duty career as the officer in charge of officer selection for the lower Midwest. He is currently a Major in the United States Marine Corps Reserve and an associate at the Charleston office of MRHFM.

Tom lives in the Charleston, SC area with his wife Lisa and three sons. He enjoys playing golf, fishing, and spending time with his family.