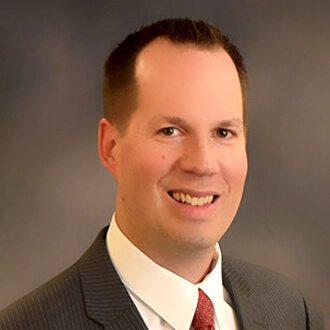 Mesothelioma
Steven is dedicated to helping mesothelioma victims and their families.

Steve is committed to assisting victims and their families in navigating the devastating effects of mesothelioma.

Steve represented victims and their families in personal injury and wrongful death litigation, practicing primarily in the areas of medical negligence, defective products, and automobile collisions. In 2008, Steve was successful in establishing false light invasion of privacy as a viable tort in Missouri in the case of Meyerkord v. The Zipatoni Co., 276 S.W.3d 319 (Mo.App. E.D. 2008). In 2010, Steve was successful in narrowing the scope of official immunity as applied to publicly-employed EMTs in Missouri in the case of Thomas v. Brandt, 325 S.W.3d 481 (Mo.App. E.D. 2010).

Since 2011, Steve has represented clients across the country who have been exposed to asbestos through their work in a number of different trades, including laborers, carpenters, electricians, drywallers or sheetrock workers, floor tilers, pipefitters, millwrights, plumbers, insulators, automotive and heavy equipment mechanics, heavy equipment operators, telephone company workers, supervisors in commercial and industrial settings, and those who served in the Armed Forces, just to name a few. Steve has also represented spouses and children who were exposed to asbestos via their family members. Parents, siblings, spouses, and significant others had no knowledge asbestos fibers could be carried from their workplace and into the family home via their clothing and thereafter expose their loved ones. For example, Steve has represented wives of automotive mechanics and pipefitters, and the children of railroad workers and small engine mechanics.

Steve is admitted to practice in the state courts of Illinois, Missouri, and Pennsylvania, and the United States District Court for the Eastern District of Missouri. He has argued before both the appellate court for the Eastern District of Missouri and the Supreme Court of Missouri. Steve has had several works published and has been invited to make presentations to other attorneys and paralegals at various continuing legal education seminars. He is happily married and the father of three children.

Steve has presented at a number of different continuing education seminars on topics ranging from using PowerPoint at trial, legal writing, appellate work, and civil procedure.