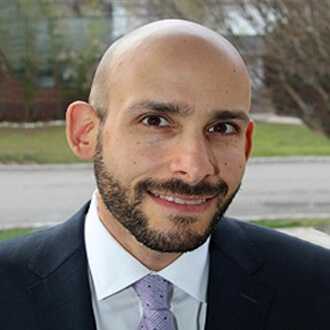 Mesothelioma
Nathaniel is dedicated to helping mesothelioma victims and their families.

An experienced attorney and advocate, Nathaniel Falda been part of trial and litigation teams that have recovered millions of dollars for his clients and their families.

Since 2007, Nathaniel has been involved in a variety of types of lawsuits stemming from corporate and professional negligence and malfeasance, involving cases concerning asbestos exposure and mesothelioma, products liability, pharmaceutical and medical devices, dangerous premises, environmental hazards, conspiracy, and fraud. Many of the defendants he has taken on include some of the most famous, largest, and well-financed companies in the United States, in industries from heavy manufacturing and telecommunications, to tobacco, energy production and distribution, cosmetics, and insurance. Nathaniel is personally involved in every stage of his cases, from the initial investigation through the litigation and up to and including settlements and trial, while overseeing a diverse professional staff of paralegals and investigators.

Nathaniel is an elected District Leader for the Democratic County Committee of Essex County (NJ).