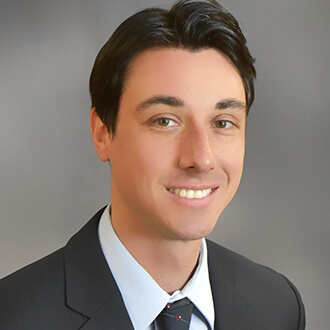 Mesothelioma
Michael is dedicated to helping mesothelioma victims and their families.

Michael graduated from Southern Illinois University at Edwardsville in 2007 earning a Bachelor of Arts degree in History. While in college, he interned for the United States Senate and volunteered for Senatorial and Presidential elections. He obtained his Juris Doctor degree from Thomas M. Cooley Law School in 2011. While at Cooley, Michael maintained an academic scholarship and was awarded the Atticus Finch Award for excellence in professionalism and ethics.