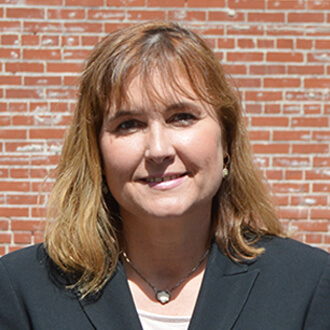 Mesothelioma
Julia is dedicated to helping mesothelioma victims and their families.

2006-2019
From 2006 to 2019, Julia gained extensive legal experience focusing on representing persons injured by the negligence of others. Her areas of practice included FELA, product liability, pharmaceutical, wrongful death, motor vehicle collisions and premises liability. She has taken and defended hundreds of depositions. Julia has handled cases throughout the country in various state and federal courts and has tried numerous cases to verdict.

Julia M. Kerr is an associate attorney at Maune Raichle Hartley French & Mudd, LLC, where her practice is focused solely on representing victims of mesothelioma.

For almost twenty years, Julia has represented people injured by the negligence of others. She has handled cases across the United States and has tried many jury trials to verdict. She is very active in the Missouri Association of Trial Attorneys and served on its Board of Governors from 2010 to 2017. Julia is also very involved in several programs that provide free legal advice to persons of limited means and income. One such organization provides free legal advice to people in communities who have been impacted by natural disasters.

At a previous law firm, she received nine awards for outstanding client services. In 2011, she was recognized by Missouri Lawyer's weekly as having the most reported winning cases.

Julia resides in St. Louis with her husband and son. In her free time she enjoys spending time with her family, travel, live music, and fishing.