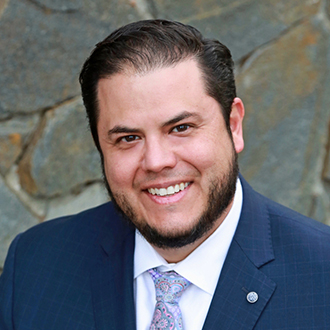 Mesothelioma
William is dedicated to helping mesothelioma victims and their families.

A partner at Maune Raichle Hartley French & Mudd, LLC, William is dedicated to exclusively representing victims of mesothelioma and their families.

William is a trial lawyer who fights for men and women diagnosed with mesothelioma.

He dedicates his practice to holding recalcitrant corporations and their insurance interests accountable in jury trials. His persistence in learning every detail of the cases he prosecutes has led to a number of important verdicts for his clients. For example:

In 2020, Will secured a verdict on behalf of a retired Navy Flag Officer who dedicated his career to protecting America’s interests. He was exposed to unlabeled asbestos insulation during his years of service commanding Navy ships. This was the first complex civil plaintiff’s verdict in a virtual trial in the United States after Covid19.

In 2018, Will secured a verdict on behalf of a woman who ran an auto repair shop with her husband in a small town in California’s Sierra Nevada foothills. She was exposed to asbestos from brakes sold by two large multi-national companies. The verdict was among the top 25 verdicts in California in 2018.

In 2017, Will secured a verdict on behalf of an underground service pipe worker who was exposed to asbestos cement water mains he installed in Humboldt County, California. The asbestos cement pipe was supplied by one of the largest pipe distributors on the west coast. This verdict hinged on key evidentiary issues at trial. The verdict was appealed to the First Appellate District and then the Supreme Court of California which unanimously upheld the verdict in an opinion authored by Justice Corrigan.

In 2010 Will secured a verdict on behalf of a modern-day cowboy/horseback tour guide. He was exposed as a young man to secondhand asbestos dust from wire products brought home from the workplace on his mother’s clothing. The verdict was the first of its kind against a wire and cable manufacturer that is a subsidiary of one of the most profitable companies in the world.

Will holds degrees in economics and government from Claremont McKenna College and a law degree from Loyola Law School, Los Angeles where he served on a law journal.

“The asbestos litigation industry spends millions upon millions of dollars to the same scientific consulting firms who worked for big tobacco companies. They use the same playbook to make the same claims about asbestos being a safe product with no secondhand risk. This paid-for corporate science excuses the continued use of asbestos in America, while all other high-income countries have banned the product. Our client’s help shed light on what is and continues to be an epidemic of occupational asbestos disease. Our clients are incredibly brave to take a stand for what is right against all that stands against them. We make sure they do not stand alone.” -William Ruiz

Will serves on the board of Bay Area Legal Aid and the board of the Alameda Contra Costa Trial Lawyers Association. He supports the American Association for Justice, the Consumer Attorneys of California, local food banks and other organizations that support public interests.

In his free time Will hot rods cars, builds computers, and chases his three kids around.

From 2012 to 2019 William was selected to the Northern California Super Lawyers Rising Star list. He is recognized as a Top 10 Trial Lawyer by the National Latino Trial Lawyers Association. He has been featured in Daily Journal and other legal publications. He has received numerous commendations for his trial efforts and has been invited to speak about his work at major conferences such as the International Mesothelioma Interest Group.