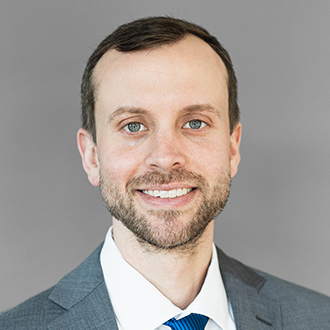 Mesothelioma
James is dedicated to helping mesothelioma victims and their families.

Before earning his law license, James served as a law clerk at the 22nd Circuit Drug Court, the Wisconsin Department of Justice, the Missouri Attorney General's Office and a private law firm located in St. Louis and Chicago.

James has represented hundreds of clients in communities and courtrooms throughout the country. He prides himself on being a passionate and effective advocate for cancer victims and their families.

A graduate of Washington University School of Law, James is licensed to practice law in Illinois, Missouri, and Louisiana, and has represented clients in many other states on a temporary basis. Since graduating from law school in 2012, James has successfully challenged some of the largest corporations on behalf of his clients.

Outside of the courtroom, James is active in the legal community. James currently serves on the Chicago Bar Association’s Judicial Evaluation Committee, which evaluates judicial candidates and provides that information to the public to help inform voters during judicial elections. James also serves as a member of the Assembly for the Illinois State Bar Association.

Born and raised in Chicago, James also serves on the Board of Directors for Payton Alumni Community and Endowment (PACE), a nonprofit organization committed to building community among current and former students of Walter Payton College Prep (WPCP). WPCP is a public high school in Chicago founded in 2000. Inspired by its namesake, "Sweetness," WPCP encourages curiosity, character, courage, and compassion in its students.

James lives in the Buena Park neighborhood of Chicago. In his free time, he loves to go for walks, runs, and bike rides with his wife and daughter.