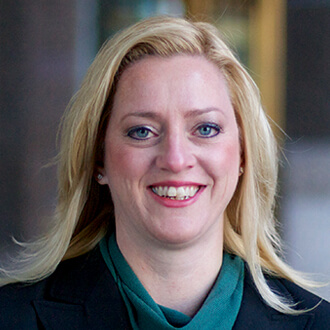 Mesothelioma
Dawn is dedicated to helping mesothelioma victims and their families.

Dawn is a partner at Maune, Raichle, Hartley, French & Mudd, LLC, and she manages the firm’s Tampa, Florida office.

Dawn is an experienced trial attorney who has dedicated her career to helping mesothelioma victims and their families.

Prior to joining MRHFM in 2012, Dawn concentrated her trial practice on representing victims in wrongful death, product liability and personal injury cases. For the past ten years, her entire practice has been devoted exclusively to representing mesothelioma victims and their families.

Dawn has received an “AV Preeminent” rating through Martindale-Hubbell. An AV® certification mark is a significant rating accomplishment - a testament to the fact that a lawyer's peers rank him or her at the highest level of professional excellence. In 2008, she was named an "Up and Coming Lawyer" by Missouri Lawyers Weekly. Since 2010, each year she has been recognized by Super Lawyers Magazine.

Dawn enjoys lecturing at legal seminars and has authored several works on various topics in civil litigation. Dawn is a member of numerous bar associations, previously served for a number of years on the Board of Governors of the Bar Association of Metropolitan St. Louis (BAMSL), and is a past Chair of the Women in Legal Profession Section of BAMSL.

Dawn is happily married and lives with her family and beloved dog in Tampa, Florida.