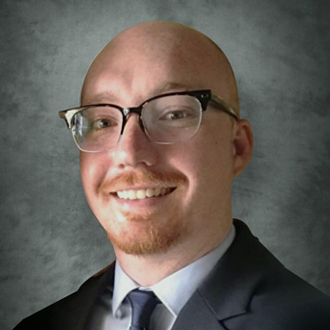 Mesothelioma
Tyler is dedicated to helping mesothelioma victims and their families.

Began his legal career as a post-bar law clerk at a Catastrophic Personal Injury firm in San Francisco, where he worked in all aspects of pre-trial litigation and alternative dispute resolution. He continued his career at a boutique civil litigation firm in Beverly Hills, working for a diverse client base in personal injury, employment, business, and reputational injury matters.

Tyler is an associate in the firm’s Emeryville Office, where he has the privilege of representing victims who have been tragically affected by mesothelioma.

Prior to joining MRHFM, Tyler, a California native, began his legal career as a litigation attorney at a boutique litigation firm in Beverly Hills, where he handled a variety of complex personal injury, employment, business, and reputational injury claims from inception up to trial.

Tyler received his law degree from University of California Hastings College of the Law, where he served as the Executive Editor for Operations for Hastings Constitutional Law Quarterly, 3L Representative and Global Programs Board Member for Associated Students of UC Hastings, and as a Teaching and Research Assistant in the Legal Writing & Research Department.

Mr. Summers received his Bachelor of Science degree from San Francisco State University where he majored in Political Science, emphasizing on the politics and political economy of East Asia, Southeast Asia, and the Middle East.

Outside of the office, Tyler spends his free time cooking, learning about and appreciating California wine, reading long form journalism, traveling, scenic drives, and relaxing with his Partner, Melissa and their Great Pyrenees, Henry.

Tyler is a member of the California Bar and Consumer Attorneys of California and is admitted to practice law in the United States District Court Northern, Central, Southern, and Eastern Districts of California, as well as all California State Courts.