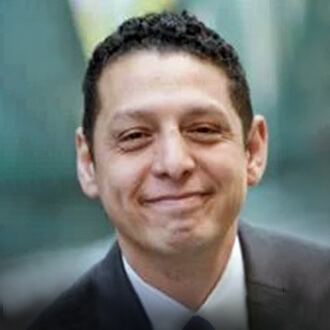 Mesothelioma
Carlos is dedicated to helping mesothelioma victims and their families.

Mr. Guzmán began his career fighting the asbestos industry and their attorneys in 2001, serving as second-chair trial counsel for a former Northern California construction project estimator exposed to asbestos from asbestos-cement board manufactured by Eternit, Inc. The Alameda County jury returned an $11,500,000 verdict for the worker and his wife, with whom he had been married for over 50 years. The next year, Mr. Guzmán was an associate attorney on the trial team that won a $20,000,000 verdict for a 42-year-old mother of twins against the Hill Brothers Chemical Company for its manufacture and marketing of asbestos-containing products found in the plaintiff’s childhood home. Mr. Guzmán also was second-chair trial counsel in the $5,550,000 verdict in 2012 against asbestos gasket and packing manufacturer John Crane, Inc., brought by a C&H Sugar plant worker and his domestic partner (whom the jury also awarded $1,000,000 in damages).

Throughout these years and since, Mr. Guzmán has doggedly protected workers and their families while tracking down and holding to account the countless purveyors of deadly asbestos products and their corporate benefactors, pursuing them into the back rooms and board rooms of corporate America.

Mr. Guzmán is licensed to practice throughout the State of California, including in the Northern and Central federal District Courts of the United States.

Mr. Guzmán is the proud father of twin sons with whom the sun rises and sets.