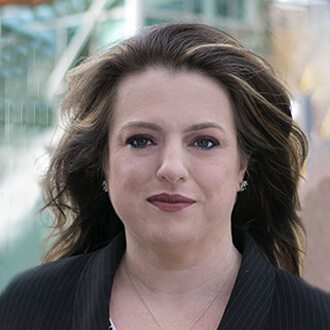 Mesothelioma
Autumn is dedicated to helping mesothelioma victims and their families.

In 2017, Autumn joined the firm as an associate with the California office.

Autumn is grateful for the opportunity to continue to work on behalf of asbestos victims with a firm that is dedicated to seeing that corporations are held accountable for their horrible conduct that valued, and often continues to value, its own profits above the lives and safety of men, women and children.

Upon being admitted to the California bar in 2004, Autumn got her first experience in asbestos litigation working for another prominent Bay Area asbestos litigation firm. Autumn has spent most of her legal career fighting for asbestos victims, representing persons who were unwittingly exposed to asbestos and whose injures could have been prevented by the companies who caused the exposure. Each client she has met has touched Autumn’s life, and it has been such an honor to hear their stories, share in their lives, and to seek justice on their behalf. Nobody should lose a family member because of corporate greed, but for those that do, the corporation’s actions should not be tolerated and justice must be done. Autumn is honored to fight on behalf of the victims of this disease.

Autumn graduated from Golden Gate University School of Law in 2003, completing the Honors Lawyering Program. Autumn grew up in Ventura, California, attending community college in Ventura, and obtained her bachelor’s degree from the University of California, Santa Barbara.

Outside of work, Autumn enjoys spending time with her husband and exploring with her two young boys.