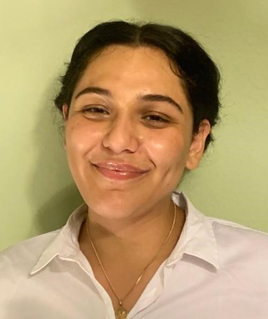 Mesothelioma
Sophia is dedicated to helping mesothelioma victims and their families.

Sophia has previously represented immigrants, asylees, and refugees through her practice as an immigration attorney. She has also represented formerly incarcerated individuals who have faced barriers to successful re-entry in their community as a public defender.

Sophia Barba earned her law degree from Tulane University School of Law. While in law school, Sophia was a member of the Student Bar Association and worked to build student engagement within Tulane Law’s burgeoning immigration law program by establishing the Tulane Immigration Law Student Association.

Sophia was a member of the Tulane Law Domestic Violence Legal Clinic, where she represented clients seeking protection from their abusers, as well assisting incarcerated survivors with post-conviction relief in collaboration with the Women’s Prison Project. Sophia was a co-editor for Immigration Courtside, an immigration law blog founded by former Chairman of the Board of Immigration Appeals Paul Wickham Schmidt. Sophia has previously represented immigrants, asylees, and refugees through her practice as an immigration attorney.

In her spare time, Sophia is a radio DJ, musician, and visual artist. She enjoys spending time with her dog, friends, and family. She also enjoys supporting and contributing to the local arts and culture scene in the Bay Area.