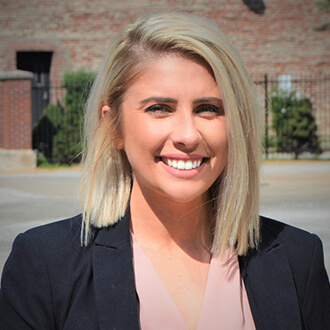 Mesothelioma
Erika is dedicated to helping mesothelioma victims and their families.

Erika assists clients in expediting the process of obtaining the money they are owed from the Defendants that harmed them and diligently works to ensure our clients’ rights are protected.

During law school, Erika interned at the Madison County, Illinois State’s Attorney’s Office where she advocated for victims of Domestic Violence and children who were neglected and abused. After graduating law school, she worked in private practice out of St. Louis, Missouri litigating for individuals being prosecuted by the criminal justice system. She later became an Assistant State’s Attorney in Madison County where she continued to seek justice for the victims and the community that she served.

Erika lives in Bethalto, Illinois with her husband and their daughter. Erika comes from a large working-class family and is the first in her family to attend law school. Erika takes personal interest in her work because her grandfather was a steelworker for 27 years where he was routinely exposed to asbestos.

Outside of work, Erika enjoys spending time with her family and playing soccer.